The owner’s manuals for human prosperity –

Each year we take a moment, on or around July 4th, to reflect on the founding documents of the United States of America. For some- headlines, emotions, and a lack of historical and geopolitical perspective can obfuscate how much of our republic’s enduring success is owed to a few revolutionary documents and ideas.

How we feel about Independence Day- 2019

No other system of government, or experiment in human history, has raised so many out of poverty and sustained it for so long. No other system has produced such innovation, innovations that have so dramatically and positively affected the lives of so many. 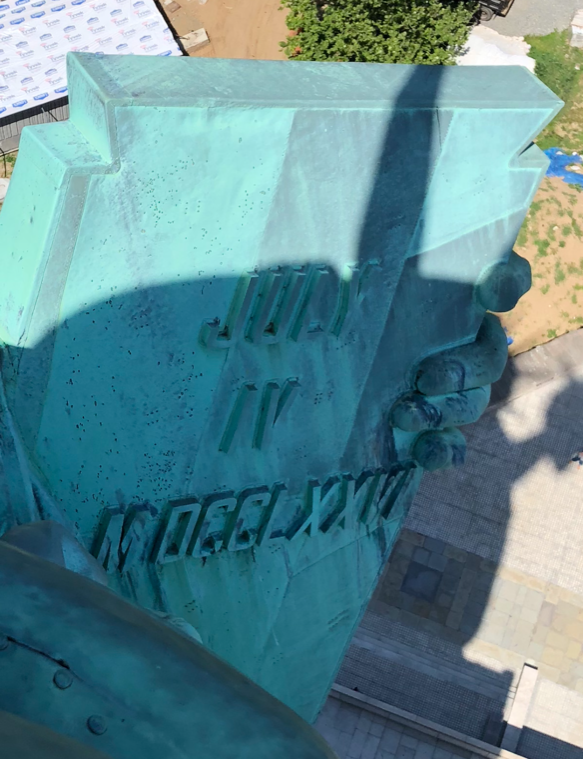 There are 330 million Americans, the vast majority of which when compared to the rest of the world live in relative prosperity, in relative peace, and with relative freedom.

The majority of the other places on earth that share similar blessings do so in no small part because their constitutions and governing concepts are modeled so closely after ours; some like Japan have constitutions written by Americans, based on the American experiment.

The decolonization of the world, the freedom movements of the 18th and 19th centuries, the liberation of eastern Europe from communism, are all in no small part due to the United States’ monumentally influential founding documents and their successful execution.

A blueprint for freedom

To some, the words “all men are created equal” are, given the forced servitude of millions at the time, cruel irony.  To others, those words, those rights, those ideals were a purposeful, idealistic, yet serious road map to a destination that the crafters of these documents fully believed this country would achieve. More than that, they were a deliberate reminder of where this country, and where humankind, needed to ultimately be.

At Gettysburg, the words and ideas of the Declaration of Independence gave Lincoln a foundation to speak as a fulfiller of our original ideas, not an inventor of radical ones. More than that, without the words “All men are created equal” already ensconced in the American psyche, would Lincoln, the abolitionist, have even been able to connect to the voters, and with 39% of the popular vote, win one of the most important elections in our history?

“Four score and seven years ago, our fathers brought forth, on this continent, a new nation, conceived in Liberty, and dedicated to the proposition that all men are created equal.”

Conceived in liberty… in the eyes of Lincoln, those words were not hypocritical, they were aspirational and ultimately self-fulfilling. He, along with the millions who shed their blood, stood upon that foundation of words and ideas to take this country to its unavoidable, pre-determined, better place. They stood upon those words, just as those who survived stood upon the bloody ground of Gettysburg Pennsylvania at the conclusion of that battle -on the morning of July 4th – 87 years after the Continental Congress approved the final wording of the Declaration of Independence.

American innovation and the structure that fosters it

The concepts of negative rights, rights of the individual, the idea that a country’s laws are written around what the government cannot do to its people, not the other way around, were all innovations solidified within the American experiment.

We are 5% of the world’s population yet we have invented so much of what makes the world livable: antibiotics, vaccines, the Internet, the personal computer, the airplane, the telephone, television, the light bulb, motion pictures, the ability to record sound, the ability to harness electricity- to transmit it, to store it, to use it, the refrigerator, the skyscraper, the thermostat, transistors, hearing aids, defibrillators, photocopies, vacuums, airbags, GPS, chemotherapy, assembly lines, exponential increases in food production, air conditioning, organ transplants.

Many of these reasons are directly traceable to 243 years ago with the drafting, signing, and distribution of the declaration, 11 years later with the drafting of the Constitution and four years after that with the Bill of Rights. Free markets, property rights, patent law, all contained within that set of documents -the owner’s manuals for human prosperity.

We are not two wolves and a sheep

Remember, on a day like July 4th, that we are not a democracy. To paraphrase Thomas Jefferson, democracy is simply the tyranny of the majority.

“Two wolves and a sheep voting on what’s for dinner” is a democracy. We are not that. We are more than that, better than that. The United States is a constitutional republic where the minority’s rights are protected from the whims of the 51%.

When you’re frustrated by the slowness of change and slowness of government, remember that that is by design.

When you are afraid of the speed at which things may change, remember the stability of our system, and honor it. Compare it to the instability of Europe and constant revolutions in Asia over the past century.

When you think politics have never been so vile or so divisive, read about the election of 1860.

When you fear that the country will not survive social unrest, read about the domestic bombings in the 1970s

Specifically, clearly, and in a calculated manner, slowness and difficulty were built into our system to prevent rapid changes meant to suit the whims of a particular age.

The constitution can be changed, but it is hard, as intended. Change is difficult; it is supposed to be.

We believe the structure within which this country operates is the reason for its success – we believe those documents are the owner’s manuals for human prosperity.